This article was published on “The Voice of Women Initiative”, see it from here: http://vowinitiative.org/2013/09/11/child-marriage-when-little-girls-are-taken-as-bride/ 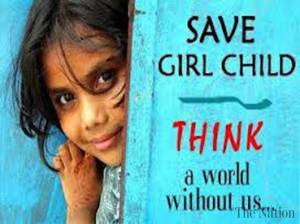 Child marriage is a common issue in many parts of the world, contributing to millions of victims of abuse yearly and thousands of damages or death resulting from abuse and difficulties from pregnancy and childbearing.

The Universal Declaration of Human Rights, the Convention on the Rights of the Child, the Convention on the Elimination of All Forms of Discrimination Against Women and the Convention Against Torture and Other Cruel, Inhuman or Degrading Treatment or Punishment (among other charters and conventions) all directly or indirectly prohibit the humiliation and maltreatment of girls inherent in child marriage. Unfortunately, this is a reality that many girls all around the world experience every single day of their lives.

Conferring to the International Center for Research on Women (ICRW), 100 million girls will be married before the age of 18 in the approaching decade. It is estimated that the highest will be in sub-Saharan Africa and the Asian Subcontinent. In Niger, for example, 77% of women in their early 20s were married as children. In Bangladesh, 65% were. Child marriage also arises in parts of the Middle East, including Yemen and the rural Maghreb.

This is a serious problem that many young women and children face; they want their voices to reach the world to help them live their normal life, to play with their friends instead of getting pregnant when they are 8-10 years old.

I asked many of people in my surrounding about their opinions on child marriage and where it is most common!!  I got similar answers. Many of the people I spoke with responded that it is common only in developing countries, but actually this is not true, even developed countries have this issue which is wide noticeable. A real living example is USA, which is one of the most developed countries in the world where child marriage is still allowable in some states, with parental or judicial agreement.

Before discussing different shocking examples of child marriage, it is necessary to understand the reasons behind this practice such as: cultural, social, economic and religious. In many cases, a combination of these causes results in the incarceration of children in marriages without their agreement.

Poverty plays an important role pushing little girls into marriage; poor families send their children into marriage to pay off debts or to make some money and reduce the cycle of poverty.  This means that girls who marry young will not be educated or become productive to themselves and their nations in the future.

Gender discrimination also has its impact on increasing child marriage which is the creation of cultures that diminishes the rights of women and girls. Simply because they believe that women are made to get married young to serve their husband and to have many kids, therefore, their rights are denied.

These young girls need to have their inherent right to go to school, the right to be protected from bodily and mental violence, damage or abuse, and sexual abuse. They need the right to have attainable standard of health. They have the right to leisure and play and enjoy childhood, and to participate spontaneously in cultural life, the right to not be detached from parents against their will.

This phenomenon attracted the attention of people recently in the Arab countries after the death of a 12-year-old Yemeni wife during childbirth, underlining the dilemma of girls who marry before they get matured, Fawziyah’s death, like many others, would have gone overlooked if not for an attentive children’s rights activist who was visiting the hospital and examining the cases ; Ahmed al Quraishi perceived that the young girl lying on the hospital bed was only 12 years old , then he couldn’t let this story go without notice so he decided to share her predicament with the world.

Child marriage is happening across the Arab countries, but it is more extensive in Yemen, based on the cultural ethnic traditions.

Is there any Saviour??

A protest was held  at the BMICH attending the World Conference on Youth 2014 in Colombo, regarding the 276 Nigerian girls kidnapped by the Boko Haram. 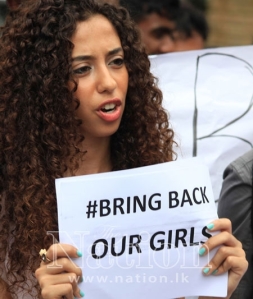 May this blog inspire someone, help everyone!!!

Young voices on the issues that matter to them.

Everything you wanted to know about this beautiful world

This blog is dedicated to voice the voices of young generation hunger for change. Today many young people have important things to say but no one is listening. This blog is committed to giving them the tools to make their voices heard. This blogs deals with different areas including: youth policies, gender equality, climate change, youth political participation, conflict resolution, leadership…

If Books Could Blog

The written word is the only saviour this world needs.

A year of reading the world

This Just In
The Buttry Diary

Marketing With A Story

The Art and Craft of Blogging

The latest news on WordPress.com and the WordPress community.